90% of Information Transferred to the Brain is Visual 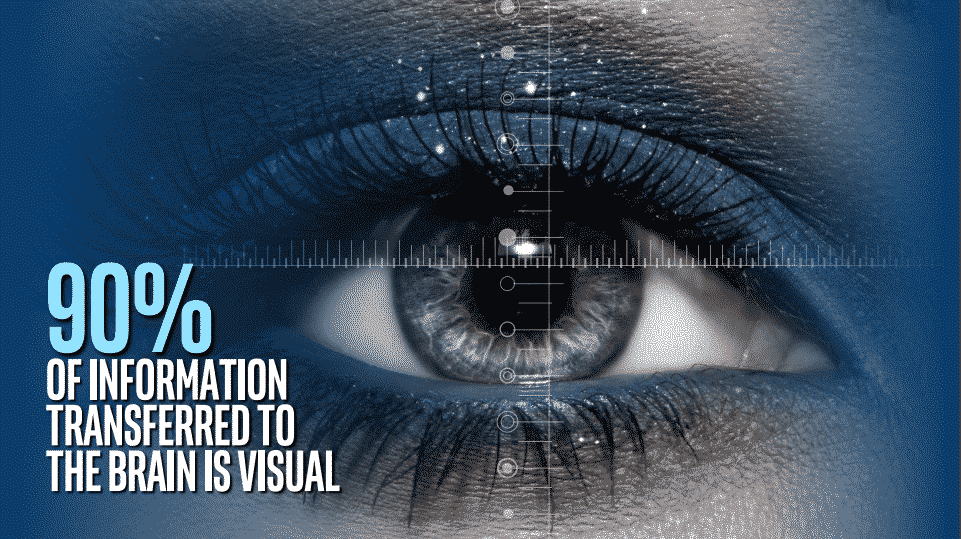 90% of Information Transferred to the Brain is Visual

credit: Infographie Intel
In the fast pace world in which we live in, our lifestyle has made it difficult for us to stay focused. The human attention span has fallen from an average of 12 seconds in 2000 to just eight seconds in 2015, stated a study conducted by Microsoft in Canada. Humans now have less of an attention span than a goldfish (nine seconds average).

At the Digital Signage Summit, during ISE 2019 in Amsterdam, Intel’s Vice -President, Jose Avalos, stated that 90% of the information transferred to the brain is visual and we process visual information 60 000 times faster than text. 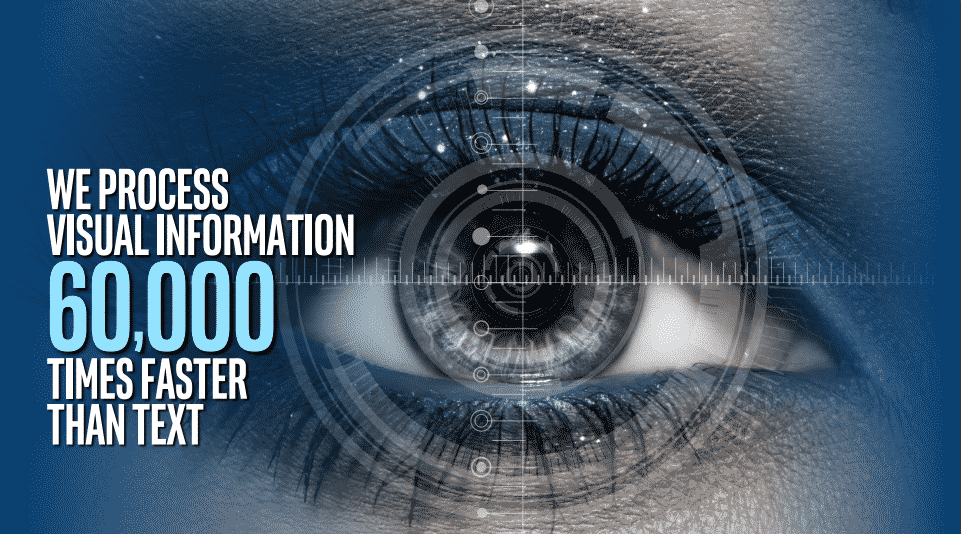 Considering these facts, visual content needs to be adapted for new kinds of media, such as Digital Signage, in the forms of interior or external screens, digital walls, or LED solutions. In addition, we have to consider the context of viewers in movement looking at these screens; there is an opportunity to integrate motion design so that the image follows the viewer.

Digital Signage is an appropriate solution to diffuse content in your business or office. It will not only allow you to present more information, but do so in a more visual, flexible and targeted way.

Furthermore, according to a new twitter statistic “Messages with video content have 10X more engagement than messages that don’t”. Once again, reinforcing the importance of dynamic – visual visual visual – content on your digital signage network, should be an integral part of your omni channel communication strategy.

In short, Digital Signage is the perfect tool to transmit visual information to your brain during its 8 seconds attention span!